Same message, Different stories, New Evangelization.
We publish quality books at the unexpected horizons of the New Evangelization. We are a Catholic publisher of books and believe that the Gospel can be incarnated into any genre or sub-genre. Saint John Paul the Great, pray for us!
Follow us on social media 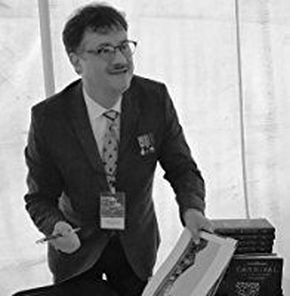 BRIAN J. COSTELLO, OT, Kt HRE, OLJ
Brian J. Costello is a lifelong resident of New Roads, Louisiana, USA and an 11th generation Louisianan. He is a graduate of Louisiana State University, Baton Rouge. An authority on Louisiana and European history, culture, religion and linguistics, he is, as of 2018, the sole author of 19 books and co-author of seven books, as well as numerous feature articles.

He has been recognized by the Creole Heritage Center of Northwestern State University, Natchitoches, Louisiana, by the United States Army Corps of Engineers/Mississippi River Commission, the Daughters of the American Revolution, Woodmen of the World and New Orleans Civil War Study Group, among other institutions. He reigned as King of the 2009 New Roads Lions Carnival; was the recipient of the 2014 Pointe Coupee Humanity Award; and was named Liaison for Louisiana by the Civil War Historical Association of Belgium in 2014. 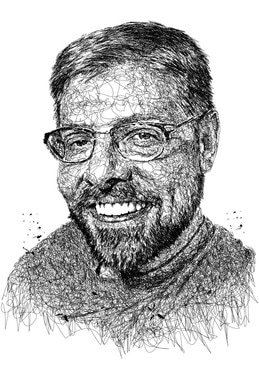 SCOTT L. SMITH
S. L. Smith is an author, theologian, and attorney from New Roads, Louisiana, where he was born and now lives with his wife and four kids. He holds a bachelors degree is in chemical engineering from Texas A&M University, masters degree in theology from Notre Dame Seminary, and a law degree from Louisiana State University. After leaving seminary with the Jesuits, Smith taught theology courses and ministered full-time before becoming an attorney. He has ministered in such far-flung places as the Kibera slums of Kenya and Angola maximum security prison. He hopes his writing will inspire others to “put out into the deep.”

Smith is the author of Pray the Rosary with St. John Paul II, Lord of the Rings & the Eucharist, The Seventh Word,  What You Need To Know About Mary, The Cajun Zombie Chronicles, and regularly contributes to his blog "All Roads Lead to Rome" at www.thescottsmithblog.com. 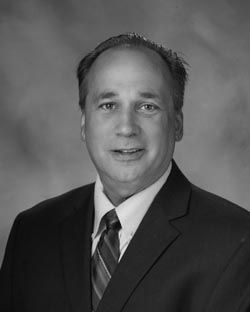 JAMES E. MICHALIK
Michalik was born, raised, and educated by three mothers: Bernadette, the Church, and the fertile crescent culture of New Orleans. He began SUPERHERO SURTAIN: FUTURE PRESIDENT OF THE UNITED STATES COMBATS KATRINA as an evacuee the moment his wife, Lawren, wept after spotting on CNN, one of her favorite students pulled from the flood waters. The novel was completed to the hum of a generator after his family returned to remove the debris of the storm.Before writing this, his first novel, Michalik served as a counselor and teacher for almost thirty years in New Orleans schools. He is the director of Operation Upgrade, an academic program for gifted, economically-disadvantaged middle-school students. Michalik began an evening career in stand-up comedy, eventually running his own club and conducting classes for first-time comedian performers. He continues to work as a writer for both himself and other comedians. Michalik and his wife, Lawren, continue to teach, live, love, laugh and invest in New Orleans with their children, Robert, Katherine, Dominic, and Therese.